Basware Improves Processes and Better Manages its Portfolio of Projects 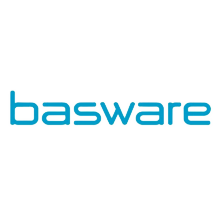 Founded in 1985, Basware is the global leader in providing networked purchase-to-pay solutions, e-invoicing, and innovative financing services. The Finland-based company has offices across Europe, the United States, and Asia-Pacific and is publicly listed on NASDAQ Helsinki (BAS1V). In 2015, the company reported net sales of €143.4m, with a commerce network that connects 1 million companies across 100 countries, and 1 million active buyers and suppliers.

Basware customers are typically large organizations with numerous suppliers and thousands of invoices but Basware’s solutions are available for companies of all sizes. Basware provides and enables e-invoicing for their customers’ supplier base, generating hundreds of thousands of projects that run simultaneously. The company needed to help better manage the business and optimize its portfolio of projects to ensure it could deliver on its promise to the enterprise to minimize revenue leakage.

Basware was trying to manage all of these moving parts using spreadsheets, something no one enjoyed nor had confidence in that the spreadsheet data was timely or accurate. Janne Holli, Chief Information Officer at Basware, understood the value in process improvement and embarked on an extensive evaluation of potential solution providers. ”Our business drivers were to speed up project deliveries, increase internal efficiencies through unified and automated processes, minimize revenue leakage, and improve visibility into customer projects,” he said. “It was an aggressive plan but one we believed would deliver significant ROI.”

The evaluation process took Holli and his team six months to complete, starting with 12 solutions before whittling the list down to their top five. Holli says Planview Portfolios came out on top because of it addresses the management of projects, project finances, and resources in a single solution. “The Planview Portfolios features fit the needs we documented in our requirements but perhaps the biggest selling point was its reputation in both the industry and among analysts, such as Gartner,” he says. “We believe in the Planview story and trusted that Planview had the expertise to help us reach our goals.”

During the Planview Portfolios implementation, Holli discovered Projectplace, Planview’s cloud-based project collaboration solution, which was used to collaborate with the consulting team and after replaced their issue and tracker software. The document sharing features allowed managers to communicate actions plans with customers and share schedules with external groups (partners, customers, and Basware’s non Planview Portfolios users) in a controlled way. In addition, managers could easily assign and track tasks with visibility into status and ownership. As an added benefit, the integration between Planview Portfolios and Projectplace enables Basware to see schedules, milestones, resources, and tasks in both systems so that all data is in synch.

In less than a year since its launch, Basware has used Planview Enterprise to successfully deliver 1,146 projects with 6,303 projects under way using the new management process. Holli says the solution is being used across the enterprise on a daily basis and its benefits are felt nearly immediately.

Holli’s next steps are to reach his goal to operate in a “continuous development mode” and believes Planview can help him get there. Future development involves further integrating Planview Portfolios into its solution architecture, which includes Master Data Management and process automation. Additional use of Projectplace will become an integral part of its customer deliveries. Holli would also like to extend the agile development principles into other business areas.

“Out of the dozens of exercises we carried out the last 18 months, Planview Enterprise is one of the biggest successes we had.” – Janne Holli, Chief Information Officer at Basware

“We are confident Planview has enabled us to reach many of our business requirements in a short period of time,” says Holli. “Out of the dozens exercises we carried out the last 18 months, Planview Portfolios is one of the biggest successes we had. We experienced very few problems, few delays, and things worked smoothly. We have been extremely pleased with the entire process.”

Since implementing Planview Portfolios and Projectplace, Basware has: