Planview PSA: Enhancing Governance within a Growing IT Services Organization 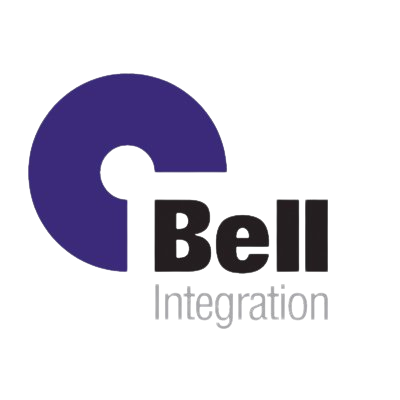 Head of SMO for Bell Integration, Shoib Khan, understood that to outpace the abounding potential risks prevalent to a rapidly advancing IT services organization, the priority was to address their lack of visibility across the enterprise. Bell needed a solution to help connect information partitioned off within a labyrinth of contrasting data sources.

“Even in the fairly small period of time we’ve been live, it’s very clear that Planview PSA is delivering a lot of value. And we can see the value increasing.”

From their UK headquarters, Bell Integration has been in the business of helping companies establish, maintain, and grow their IT services since 1996. With a client list that includes global charities, multinational banks, and financial services companies, Bell Integration has grown to over 550 employees positioned around the world from London to Singapore.

Challenge: Drawing Together Data for a More Comprehensive View into Project Health

Governance can mean different things to different people, but to Shoib Khan, Head of SMO (Service Management Office) at Bell Integration, it entails both addressing the current needs of the business while also anticipating how those needs will impact the future. “It’s very easy to focus too much on how you’re doing things now and where you’re at now and not thinking about where you’re going to be in 12, 18, 24 months,” says Khan.

Leading the SMO, Khan and his team of 7 FTEs are responsible for providing several shared functions that support the SI (Systems Integrator) side of Bell’s business, which accounts for 350 employees – more than 5x the total staff from when Khan started in 2013. While assessing how Bell could effectively scale its governance and reporting capabilities to meet the demands of a booming IT services business, Khan notes, “We’re a growing business. Some of the things that we had in place had been working fine, but I think we could see that they were close to reaching their limits in terms of their ability to scale, their ability to deal with the volume of what was coming, and the increasing complexity of what was coming.”

Being customer-focused meant that most Bell’s reporting, including the nature of the reports, was being driven by the customer. Without a consistent internal lens across what they were delivering, it wasn’t easy to compare how various projects or engagements were progressing from a centralized perspective. This lack of visibility left Bell with potential risks in its blind spots. Khan wondered if the recent string of projects experiencing cost leakage were just anomalies or the tip of an iceberg.

Recognizing the potential “red light” issues, SMO began the manual and time-consuming process of pulling data from various sources. Although this tactical response helped clarify what data points the company needed to be reviewing on a consistent basis, Khan knew they needed a more permanent, strategic solution.

Bell required a tool that unlocked the value of the data held in its systems and provided a pro-active, comprehensive picture of project health. A solution that would also increase transparency to help head off potential risks and issues and, most importantly, scale to meet the increasing demands and complexity of a rapidly growing services business.

Solution: An Easier Way to Get Data In and Back Out Again for a Variety of Audiences

Khan began looking at what tools they might already have in place capable of meeting these updated requirements. Interest in Planview® PSA’s enhanced features led to a series of demos and workshops where the team at Bell became convinced that Planview’s capabilities went far beyond the time and expense functionality that they had initially implemented with Planview ChangePoint™ in 2014.

Planview’s Professional Services Automation solution could now power the entire services lifecycle from opportunity to billing, enabling Bell to build an authoritative system of record that centralizes and automates data and activities. Leadership would now be able to leverage Bell’s analytics to create a single-source-of-truth supported by configurable dashboards and reports with relevant metrics and visualizations.

With the solution in place to improve decision-making with real-time transparency, internal discussions at SMO shifted to making sure timely, high-quality data was being fed into the system. Bell delivers a large spectrum of engagements and services from simple projects that last a couple of days to multiyear data center migrations with large project teams and multiple milestones. Khan simplified this broad and disparate spectrum into a four-tier model with increasing granularity of the data required at each tier. Planview PSA made it easy for users at all tier levels to quickly access the necessary forms and enter data from RAID management details to contractual milestones.

Getting the data back out of the system was another area where Planview PSA improved the governance framework at Bell. “Once you get the data in, are you able to get that data back out again for a variety of audiences in the way that those various audiences want to consume it,” Khan questioned prior to implementation. With the enhanced functionality of Planview PSA, Bell was able to create customized dashboards with relevant metrics and visualizations with ease and then allow users to roll up or drill down into data as needed. “The ability of Planview’s dashboards to pull data together in a sensible, logical way played a large part in determining the success of this project,” says Khan.

While transitioning to new technology can present challenges – particularly when it seemingly disrupts practices that have been in place for years – removing longstanding bottlenecks to apply governance and increasing productivity can yield swift and profitable dividends. After just over six months of working with Planview PSA, Khan remarked, “Even in the fairly small period of time we’ve been live, it’s very clear that Planview PSA is delivering a lot of value. And we can see the value increasing.”

Having a single source of truth that doesn’t rely on managing multiple data sources has given Bell the scalable solution it needed. The ability to see data that was previously difficult to visualize removed what Khan called “the veil of ignorance” and gave Bell a clear, transparent view of project health, allowing them to manage projects in ways that mitigate risk and lead to consistent, profitable execution.

And since much of what Planview PSA provides can be automated, “That frees up time for our PMO team to focus on revenue-generating tasks. That’s where the real sweet spot is; where you get a lot of the benefit of the PMO and its activities,” says Khan. That increased efficiency has spread to other parts of the company where Finance is seeing value in using the solution to expedite the cycle from billable hours to paid invoices.

Bell Integration is at the forefront of helping companies improve their effectiveness and operational responsiveness. With that lens now pointed inward, the company looks to continue utilizing Planview PSA to drive continuous improvements. Khan and his team are actively thinking about resource management as a next step.

“In our business, we consider resource management as the world’s biggest game of Jenga, so we’re really looking forward to exploring what we can do to help improve visibility of demand and capacity and enable more informed decision making and planning,” reveals Khan.

To learn more about what Planview® solutions can do for your organization, visit Planview.com.